Luo Lifen has been in business for 30 years. From beauty salon to founder of brand group. 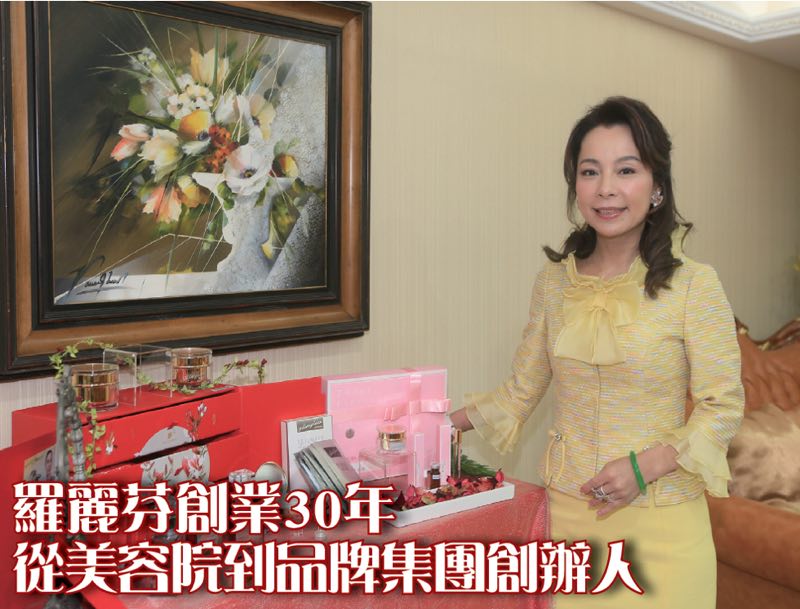 At the age of fifteen, she was an apprentice in a beauty salon. At the age of 19, she opened a beauty salon as a boss. Then she founded the first beauty and body company in Taiwan in 1986. She entered the mainland in 2002 and set up her own brand production factory in Xiamen.More than 30 years , Luo Lih-fen is now the president of Luo Lih-fen Holdings, relying on its three own brands to steadily flag the mainland provinces and cities.

" I feel like everything starts out hard and hard, and I've been working hard for the first five years of my arrival on the mainland." Luo Lih-fen said.When she arrived in Xiamen in early 2002, the business map was just expanded, and she needed a lot of money to invest. The income was not very good,so at that time, raw materials, employee salaries, etc. were all made by her in advance.

The cash flow in the early stage of the venture also made Luo Lih-fen very stressed.She said"If you want to do 12 million business in the mainland market one year, there will be 3 million working capital in three months. The bigger the business, the bigger the working capital, so it is almost always invested, invested, and reinvested,just set stop loss point for five years"

When she start business in the mainland, didn't have friends or life. Although she has a foundation in Taiwan's beauty salons, after all, from the beginning, Luo Lih-fen actively understands the differences and similarities between consumer behaviors between the Taiwan Strait and mainland,finds what customers want and needs.Efforts will eventually bring benefits, and the fourth year of entering the mainland market keep profit and loss ,start making money in the fifth year.Luo Lih-fen said "it’s similar to the goal I set, although the previous years were painful."

Luo Lih-fen said" Recalling the hardest initial stage of entrepreneurship,I have been relying on the power of dreams and the initial support for those five years.When I was young, I had half a baby’s birthmark on my face." Her father always told her story"Beautiful girl chosen by God" "Growing up with a beauty".So plant the seeds that she loves beauty all her life. Although she decided to go to the mainland to start a business, her father has always held objections, but after years of hard work, she still received recognition from her father.Her father is very cute, he can speak very well in business.Her father always told Luo Lih-fen"When you were born, I knew that you were suitable for beauty industry, so I helped the name to be suitable for beauty."Maybe, as her father said, a beautiful and fragrant girl should devote her life to the beauty industry.

Today, Luo Lih-fen Holdings owns the Queen brand "GLINGLUO", the princess brand "SUNLILY", and the brand-name medical intellectual brand "DRAISE", which is locked in the post-90s and 00s, relying on these three private brands and Beauty salon sales channels, professional beautician training system and consultant group, Luo Lih-fen stands firm in the mainland market and looks at the international market.